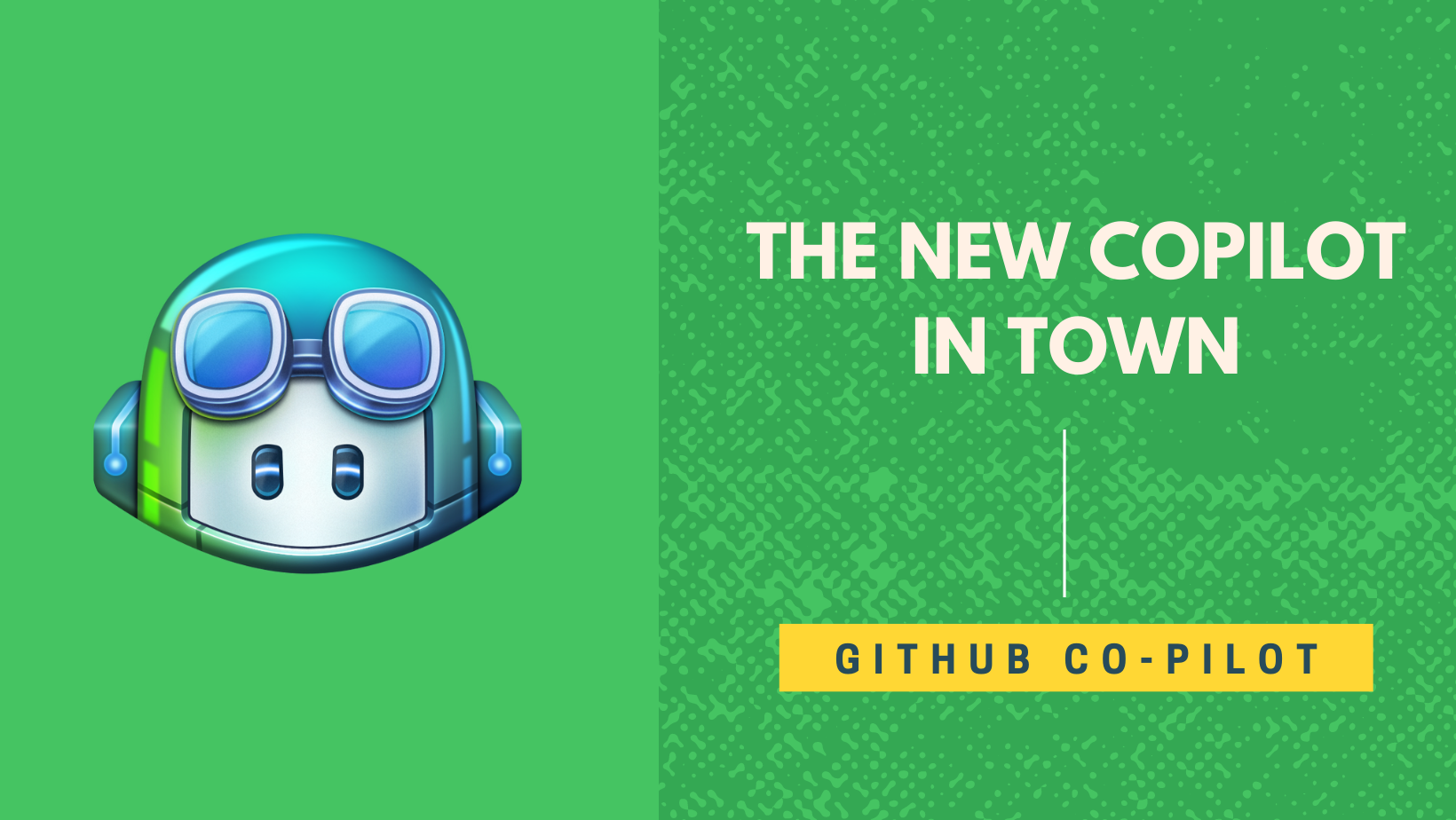 On this blog we will try to discuss the things you need to knw about the new tool and how it works. If you prefer a podcast instead of a blog post you can listen to our Github Co-pilot episode here . At the time of writing this blog Github Co-Pilot is still in the technical preiew stage, which means only those who are given permision are able to use it. You can sign up for the service using this here

What Exactly Does Github Co-Pilot Do?

In simple terms, Github Co-Pilot is a tool that suggests a piece of code for a certain function or action. It silently sits in you editor and suggest away snippets of code based on the context of your file. It is basically an A.I powered code bucket that throws out suggestions for any clue that it finds. Type out a descriptive function name and Co-Pilot will usually have a suggestion. It works on most programming languages as well as markup languages, in fact Co-Pilot finished some of the scentences on this markdown based blog post.

The reason for this much suggestions is that Github is litrally the de facto code repository, billions if not trillions of lines of code are avialable there. If you build nice infrastructure and model around that it can be powerful. They also claim that they trained the model on public codes from their platform.

How Does Github Co-Pilot Work ?

How Did Github Co-Pilot Came Into Existence?

Github Co-Pilot is mainly built by a team of engineers at Github and Open AI . The A.I part of Github Co-Pilot is powered by the new language processing model from Open AI, Codex. Codex is much improved version of the previous GPT-3 (Generative Pre-trained Transformer) model. It is a model that is trained on a large corpus of code, which makes it much more powerful for code based operations than the previous model (GPT-3).

The Good And Bad Of Github Co-Pilot

Github Co-Pilot is a very promising tool, but it is still in the early stages of development. It still requires the heavy involvement of human beings to be able to use it effectively. Even if it reaches a perfect state, it is our opinion that it will require programmers to test and make sure that the code suggested is both secure and optimal.